2B Students met an Irish Guy 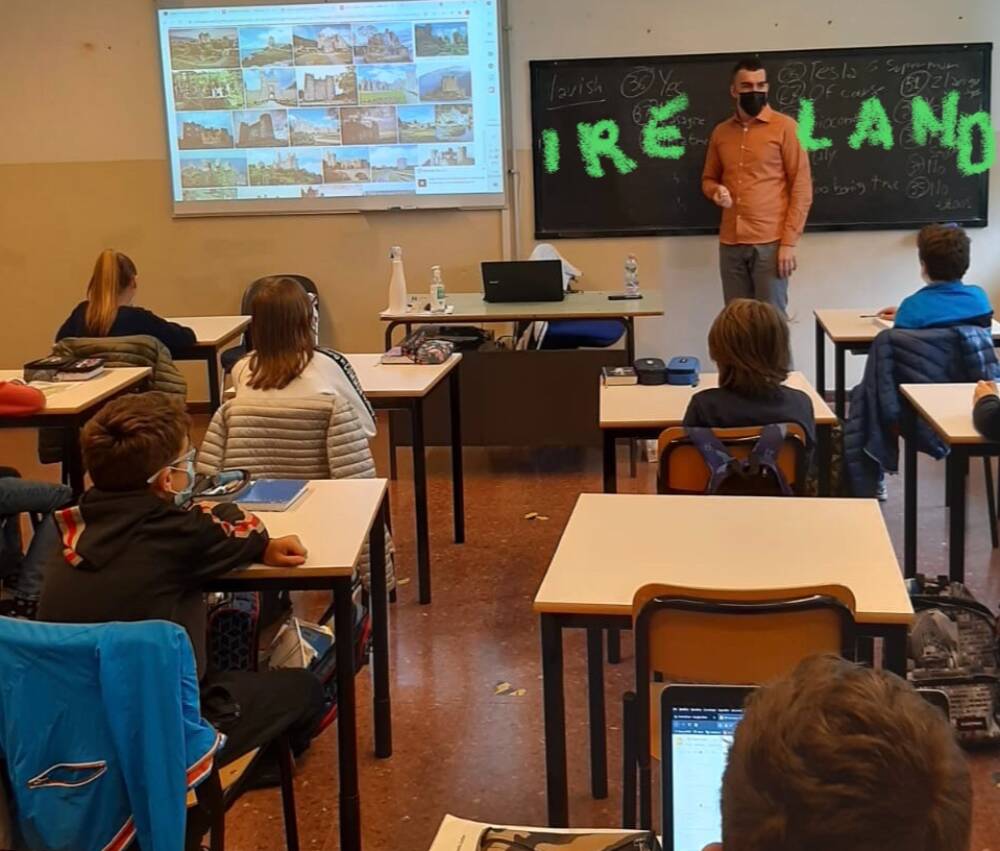 On Saturday, 29th May, we had the opportunity to meet a boy from Ireland who came to our school in Martignacco.

His name is Jack and he is 21 years old.  He was born in Dublin and now he studies Chemistry at Trinity College, and his favourite subject at school was Science. Jack knows two languages, English and German, but he can’t speak Italian, so we had to speak only English.

We asked him a lot of questions and it was challenging! He told us he came to Italy for a family holiday and we discovered that he is Mrs Ciarcia's nephew and he is an only child. Jack doesn’t have a girlfriend, but he is very fond of his two cats, Moon and Snow. Jack likes pizza “alla Marinara” and crabs and he really likes pancakes with maple syrup. His favourite restaurant is “Makashi”, a sushi restaurant and  he thinks “lasagne” are his favourite Italian food. Jack travelled a lot and we know that he also went to South Africa, he visited the Giant’s Causeway in Northern Ireland, Buckingham Palace in London and he visited Italy. What are his likes and dislikes? He likes anime, in particular “Shi-ki'', comix, the Maneskin band and Mastercar, but he doesn’t like  “NCIS/CSI” and Formula 1. He doesn’t have any tattoos. His favourite type of car is “Tesla” and when he was a child he watched “Spongebob”.  At the end of the interview, he showed us an Irish Flag, a calendar and a book with beautiful photos of the Irish landscape.

The experience was funny and interesting, because Jack could speak only English and it was a “real” conversation with a “real” Irish boy. The experience helped us to improve our listening and speaking skills and we learnt some new words.

It wasn’t so difficult for us to understand, because he tried to speak slowly, eve if most of the time he spoke quickly and fluently. He helped us by writing some key words on the blackboard.

We really hope to meet another native English speaker next year.